An early variant of a blueprint project for a high crossing capacity heavy tank with a new configuration scheme. Developed in 1947–1948 by L. S. Troyanov. This vehicle was to feature a low four-track engine, mounted on longitudinal beams that also served as fuel tanks, considerably reducing the chance of fire. These solutions provided high crossing capacity and survivability: the tank could continue moving even with damaged tracks. The placement of the hull above the suspension allowed for a large fighting compartment, and as a result, increased ammunition and an improved autoloader mechanism for a high rate of fire. A functional prototype was manufactured in 1948.

*This is a reward vehicle. Reward vehicles have Elite status, earn more experience per battle, provide a range of other bonuses, and do not require research. 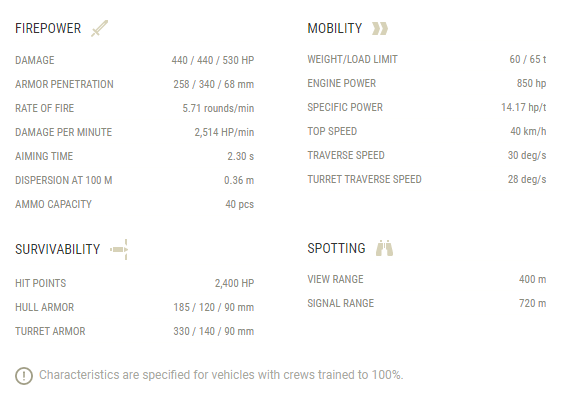 Be careful typing an e-mail box! Do not make mistakes.